The original restaurant, Amos Mosquito’s Swamp-side Cafe opened in 1999, just after Hallock Cooper graduated from the Culinary Institute of America. A few years later, she thought she was more than ready to take a break from the food industry and start a family with her new husband, Sandy Howard. However, in 2003, the couple couldn’t pass up a promising opportunity when a closed eatery became available in Atlantic Beach, and Amos Mosquito’s Restaurant & Bar was born. Now joined by Luke Maguire, their executive chef, they specialize in modern American seafood dishes with a Southern flair. To find the place, just cross Bogue Sound via the Atlantic Beach Bridge from Morehead City. When you see the ocean, you’re there. Start with an appetizer of crab cakes (with roasted corn, scallions, and spicy chipotle aioli sauce) before digging into the Mixed Seafood Grill (shrimp, scallops, and tuna with an Argentinean chimichurri sauce alongside jasmine rice and Caribbean-style black beans) or the Mosquito Roll (a sushi roll with steamed shrimp, thinly sliced tuna, cucumber, cream cheese, and wasabi ailoi). Craving comfort food? Try Amos’s Famous Meatloaf or the Southern Fried Boneless Pork Chops ((two chops topped with tasso gravy). 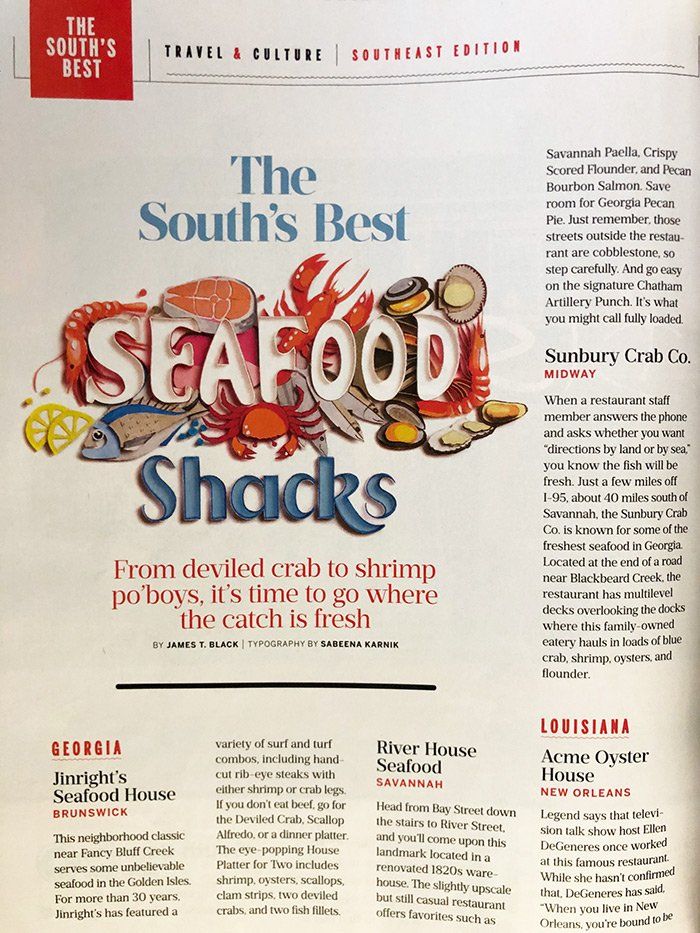 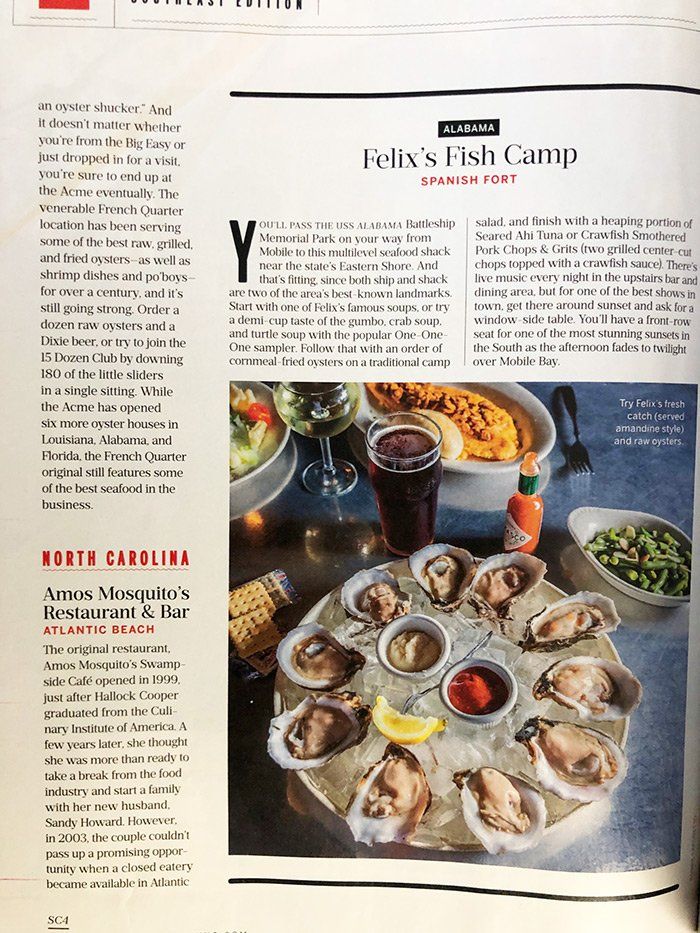 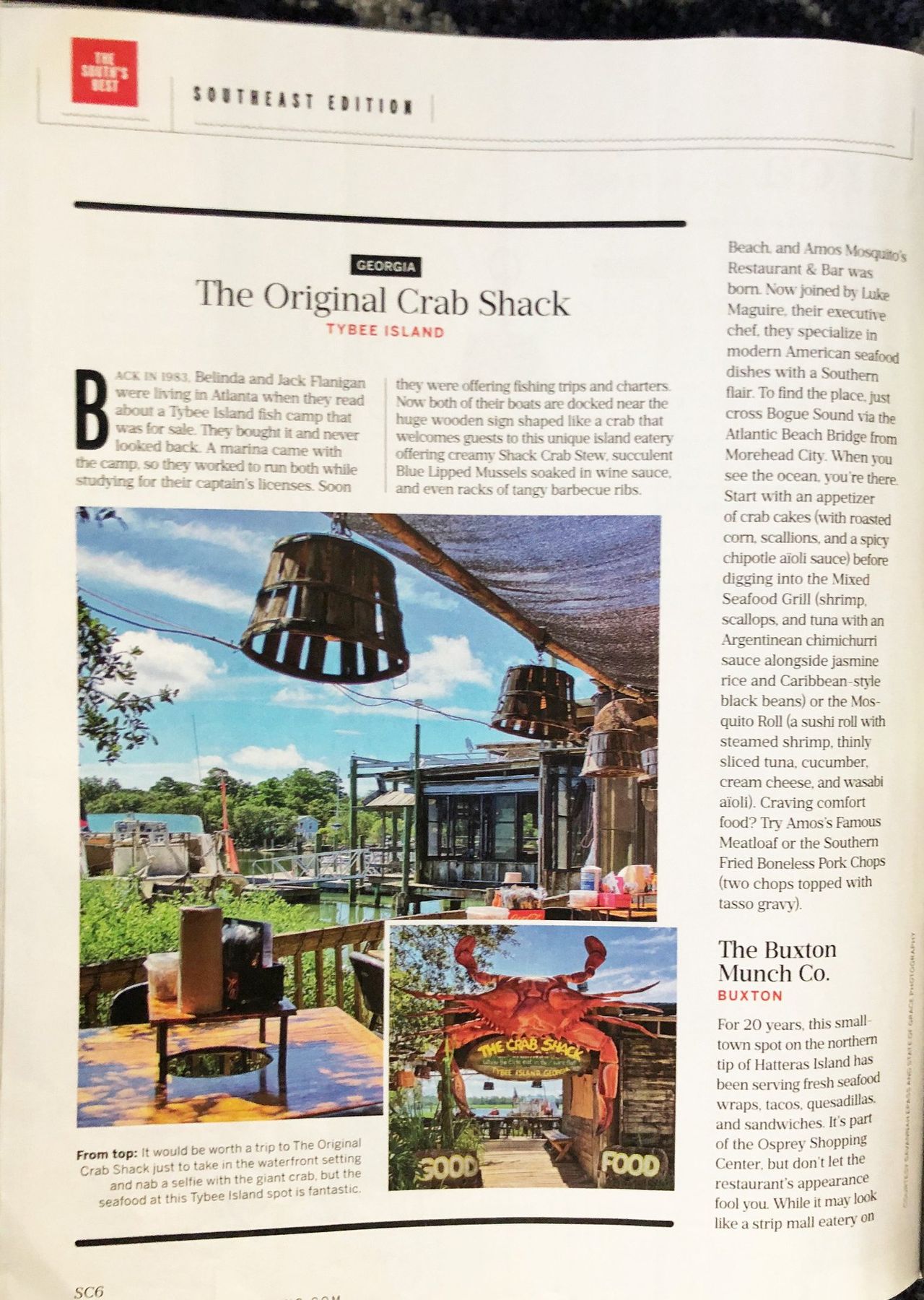 We do not accept reservations for parties of any size except for New Year’s Eve and Valentine’s Day.
+

We will be closed January 31st through February 8th for the off-season.
We will reopen at 4:45pm on Thursday, February 9th and look forward to serving you when we reopen!